Grammy Nominated singer-songwriter Brandy Clark is about to return to the UK for a headlining tour. She took the time to talk to me about her upcoming tour, the possibility of new music, her sexuality, and her songwriting family. 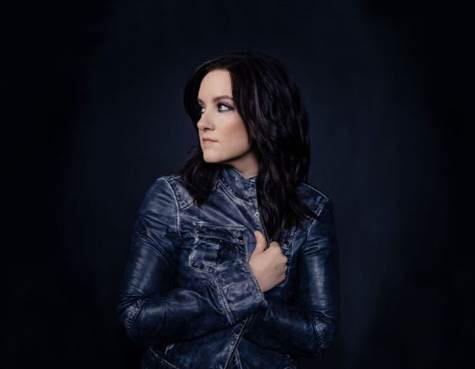 Before returning to the UK in October, she’s busy opening for Tim McGraw and Faith Hill, and Miranda Lambert (who toured the U.K. in August). “I’ve taken the month of August, and as much of September as I can to just really focus on writing, cause I’ve been on the road so much this year, and the last couple of years. I’m going to be doing Americana Fest next week, and then I go out with Tim McGraw and Faith Hill for a week, and then I’m with Miranda, in Canada, for, I think, it’s nine shows, and I’m really excited about that.”

This is not the first time that Brandy has been back to the UK since she played on the main stage of Country to Country in 2015. ‘This will be the second time I’ve come back, and every time, I’m just blown away with the reception to country music in the UK. I came over for Country 2 Country, and then I came back last year, and did a very intimate tour with just myself and a guitar player, and this time I’m coming over it’ll be myself, a guitar player, and a bass player. I’m looking forward to hitting a lot of the same places we were at last time, and a few that we didn’t hit.’

The reception to her upcoming tour has been incredible, and Brandy added a new London date, to keep up with the overwhelming demand. ‘You know when we played Cadogan hall [in 2016], it sold out, which was really, really cool, and I cant remember the name of the venue we’re playing this time [Union Chapel], but we’re so thrilled that it sold out, and that we added another date. I hope the other dates sell well as well! You know I have to say that when I’m playing in London, I really feel like I’m playing to a hometown crowd, because they know all the words to all the songs, and they’re so respectful. Overall in the UK, I’ve had some of the most respectful audiences that I’ve played for.’

Clark clearly appreciates the genuine love and passion that UK audiences have for country music. ‘It’s a real treat to come your way, I don’t want you to get me wrong, there are very respectful audiences in the US as well, but I don’t know that I have found more a group of fans who are just more rabid for country music, and singer/songwriters – roots music, really, than in the UK.’

Brandy’s latest release, Live From Los Angeles, didn’t contain any new, original material, but can we expect any new music anytime soon? ‘Yes! I don’t know exactly when to expect it, but I’m starting to formulate another record, right now we’re just in the process of not only writing, but going back. I’m always writing, I never get too far away from writing songs, sometimes on the road I don’t have as much time to do it, but I’m always in the process of writing songs, and going back through my catalogue, and looking at what I’ve written over the last several years, and what really starts to feel like a record. With Big Day in a Small Town there were songs on that, that were written before 12 Stories, they just didn’t fit. I guess that with my next record it will be the same way – there will probably be some songs that were written before Big Day, that just now fit this project. I’m just getting to a point right now where I’m starting to figure out what I want that record to be, and what songs are really getting me, and what I’m wanting to say.’

Before her successful career as a solo artist, Brandy was a hugely successful songwriter for other artists, including LeAnn Rimes, Miranda Lambert, The Band Perry and Kacey Musgraves. However, on speaking of her solo success, ‘It hasn’t changed the way I approach songwriting, and I never approach songwriting as, ‘Oh, I’m writing this for me,’ I always am just trying to write great songs, whatever is in the room that day, that’s what I’m trying to write, and I tend to gravitate towards things that, are maybe a little far left of centre for anyone else but me. I think the one thing that has really changed for me, since I had the opportunity to make the records that I’ve made, is just my time. There’s just not as much time as when I was a songwriter, or a staff songwriter, that was all I did five days a week, like a regular job – i wrote songs. With the touring, that’s just not possible. Having taken this month off of the road, that’s where I’ve gotten to again, just going in and grinding out songs everyday.’

Brandy Clark has always been open about her sexuality, but it is not a theme we hear in her music. She is open to the idea, but connection is the most important aspect of her lyrics. ‘I’ve always wanted to write songs, I want people to find themselves in my songs, you know, that they can put themselves in it, whether they’re in a gay relationship, or straight relationship, if it’s a relationship sort of song. I’ve never ever really tackled the writing about my own sexuality, and maybe at some point I will do that, because there are a lot of people out there that would also find themselves in that, I just haven’t been moved to do that at this point.’

Her sexuality hasn’t proved to be an issue in Nashville. ‘For me it’s never been a real issue, I feared it would be, but one thing thing that happened for me that was real helpful, was I found Shane [McAnally], who is also gay. I had already come out of the closet at that point, but I hadn’t been out for very long, so I met this other person in him, who was likeminded in a lot of ways, and also gay, and had an even harder task of being a gay man. I think being a gay woman is one thing, but being a gay man is another thing, stereotypically in country music, and in the south, and I think probably just the world in general. So I had him, and that was a lot of comfort, and he had me, and that was comforting to him, but I don’t think that it was an issue for either of us. It was a very nice pleasant surprise. People surprise you, and they are often times better than you give them credit for.’

You may recognise Shane McAnally’s name, he’s one of Nashville’s top songwriters, and a frequent songwriting partner to Brandy Clark. ‘I think you just find people who get you, and Shane is a great example. I have a tendency to want my natural instincts as a writer – you’re used to what you do, and sometimes it takes a cowriter to say ‘no, thats really good!’ Shane has been that for me, time and again. He really likes, and continues to like, my instincts, and I think you just find people like that. Another person I’ve found like that is Scott Stepakoff, who I wrote Love Can Go to Hell with on my last record. I’ve written a lot with him in the past several years, and Jessie Jo Dillon, who I’ve also written a lot with. Not only do they like my instincts, but I like theirs. I think you just find those people, and the people that you do best with – the people who like what you do, but challenge you to do it better.’

Brandy Clark is currently on Tour with Miranda Lambert in Canada, and will be returning to the UK on October 20th. Tickets are available here.

I moved to America when I was 10; Lawton, Oklahoma to be precise. It was there that I fell in love with country music. My parents were fairly sure I'd grow out of it when we moved back to England, but that was 5 years ago now. I'm fairly sure that I was born in the wrong decade. I like real country music, I agree with Merle Haggard when he said that he knew that Elvis was a real man because he could hear him breathe on his records. Classical music makes me feel like I should be a better person, but country music allows for flaws. I've been writing music since I was eight, and I can't make music like Merle Haggard or Elvis, but I'm working on it... View all posts by PhillyStock